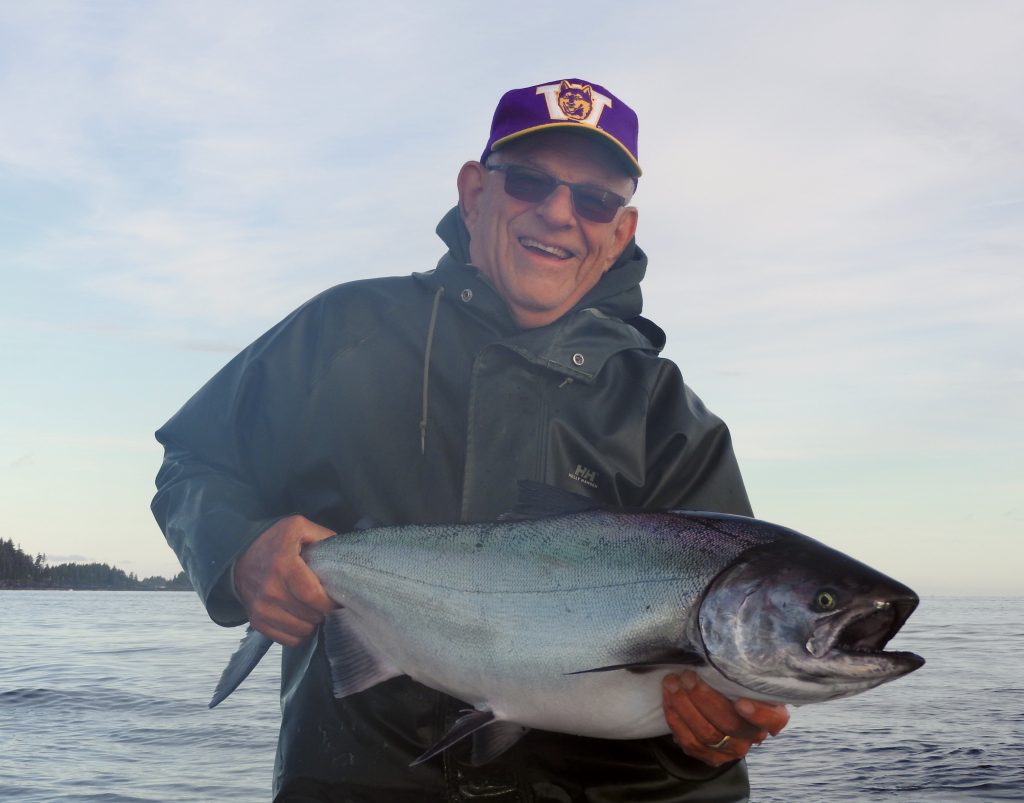 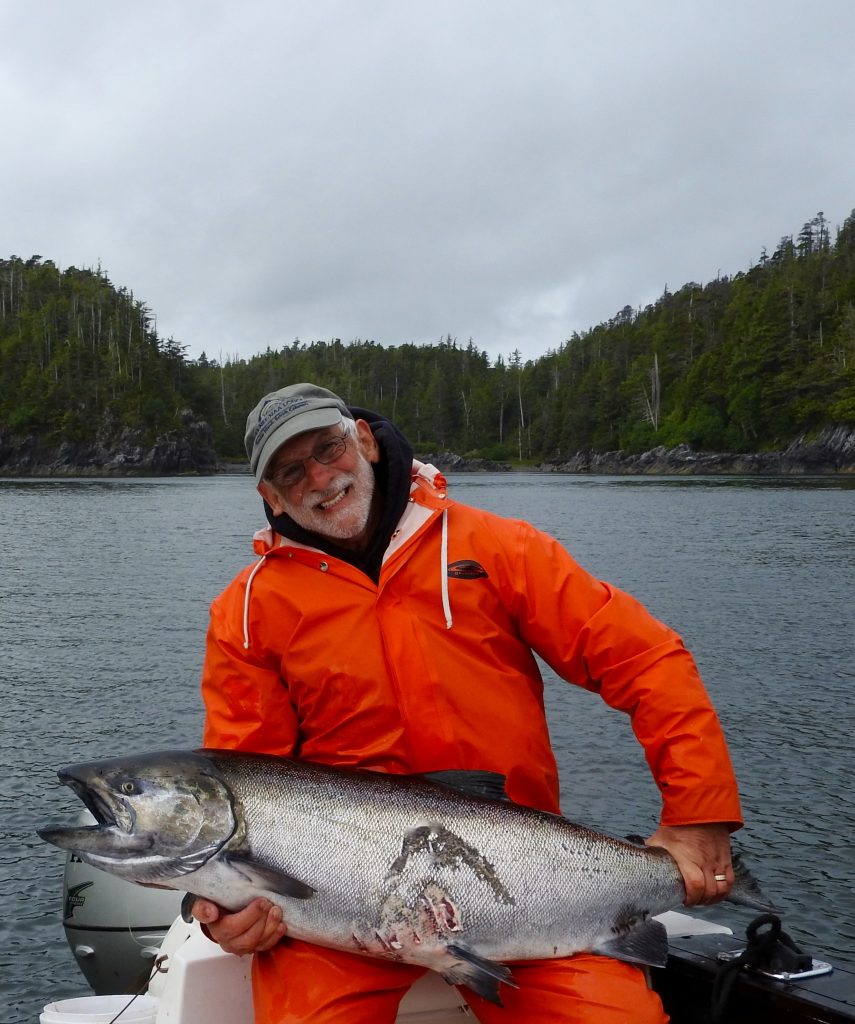 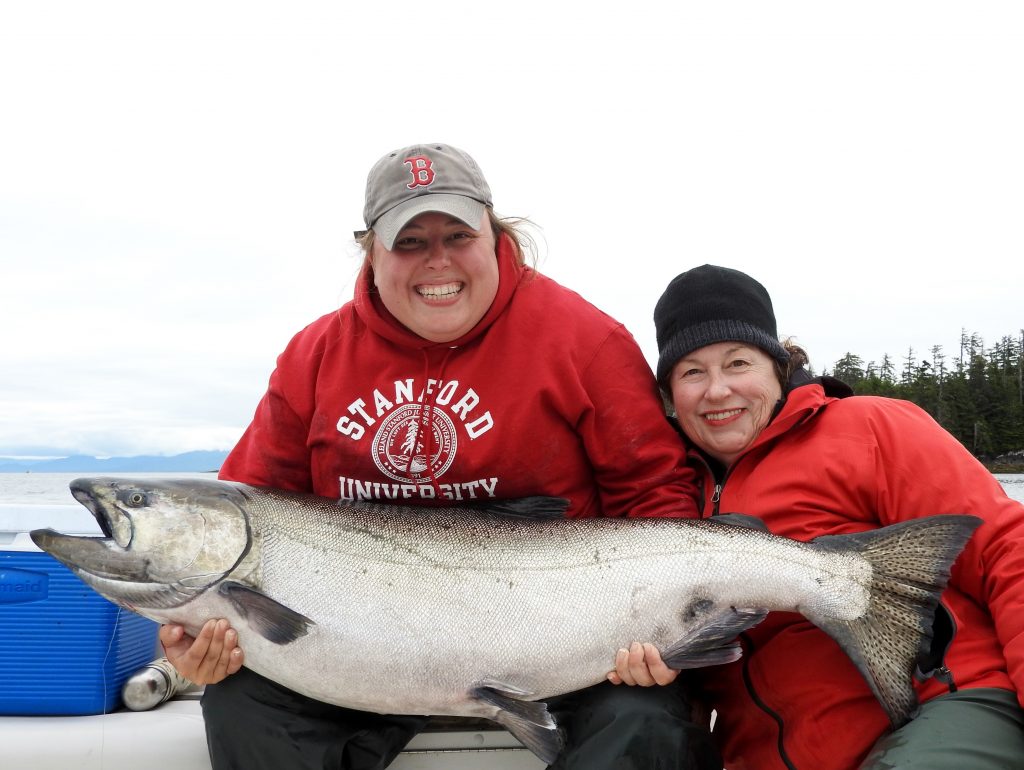 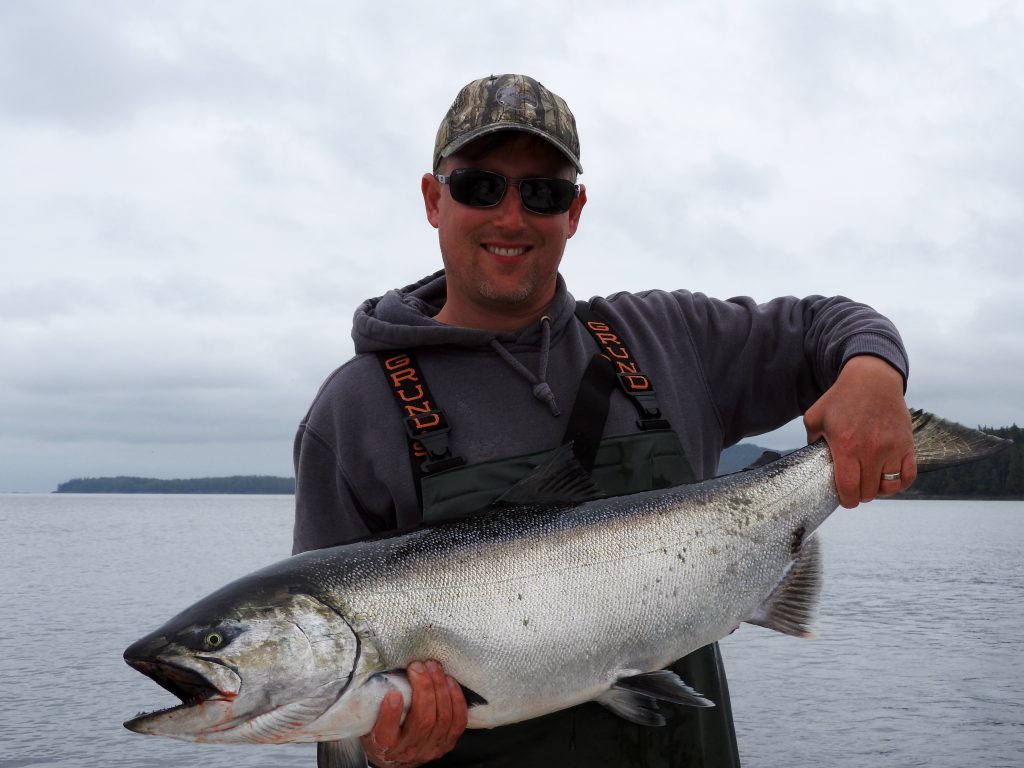 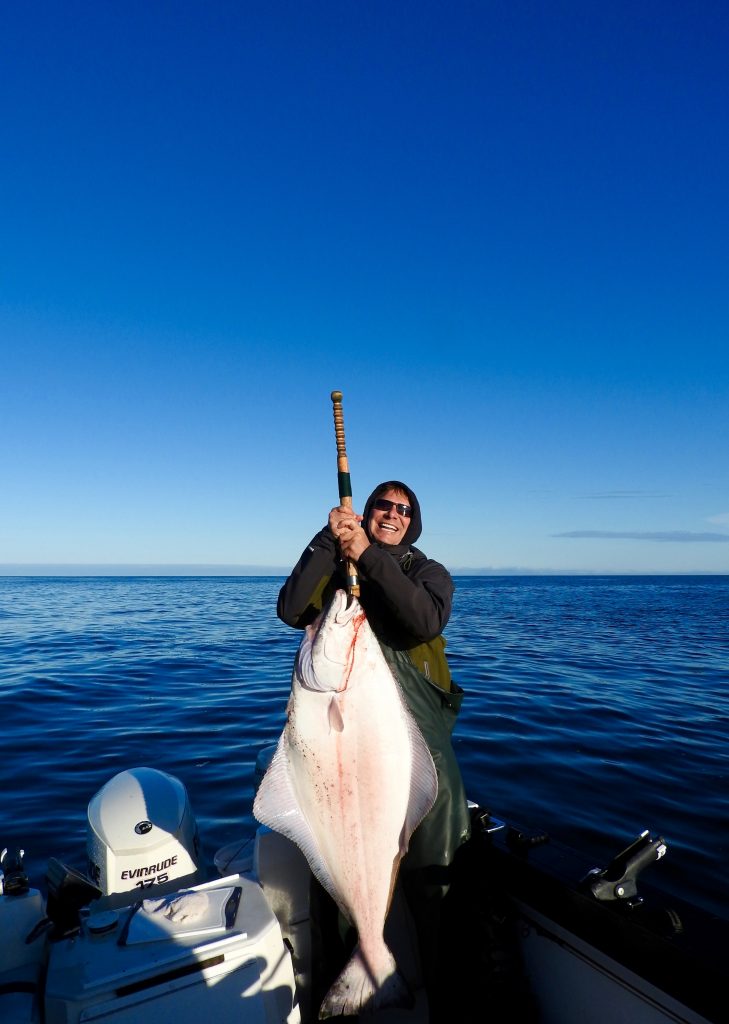 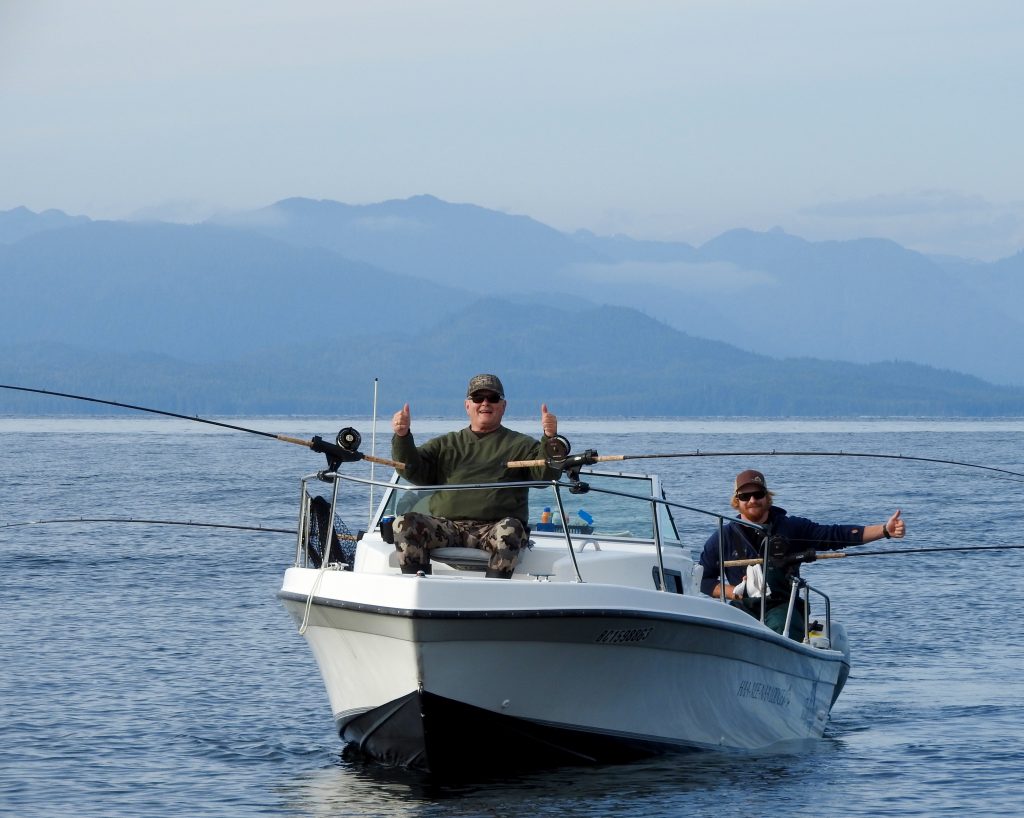 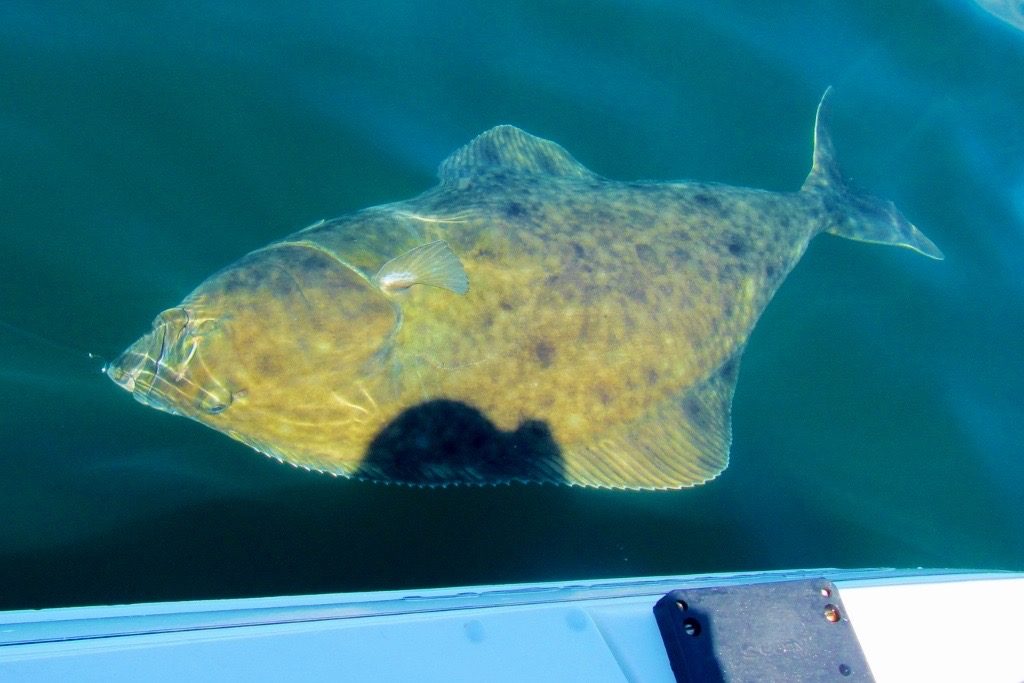 During periods of tough fishing it is important to keep a positive attitude and to be optimistic. That is why the motto for the trip #3 was: We are just one tide away from a great day! Everyday on Dundas Island is a great day if you ask me. Any angler knows you will go through some slow periods, which makes catching a beautiful Chinook salmon all that more rewarding!

Guests on trip #2 and #3 had to work hard for their fish and made sure they were ready when that Chinook salmon bit. We had a few good flurries of action where multiple hook ups occurred in a short period of time. The weather made it especially difficult to travel around and fish some of our offshore spots, which usually hold good numbers of feeder Chinook salmon. 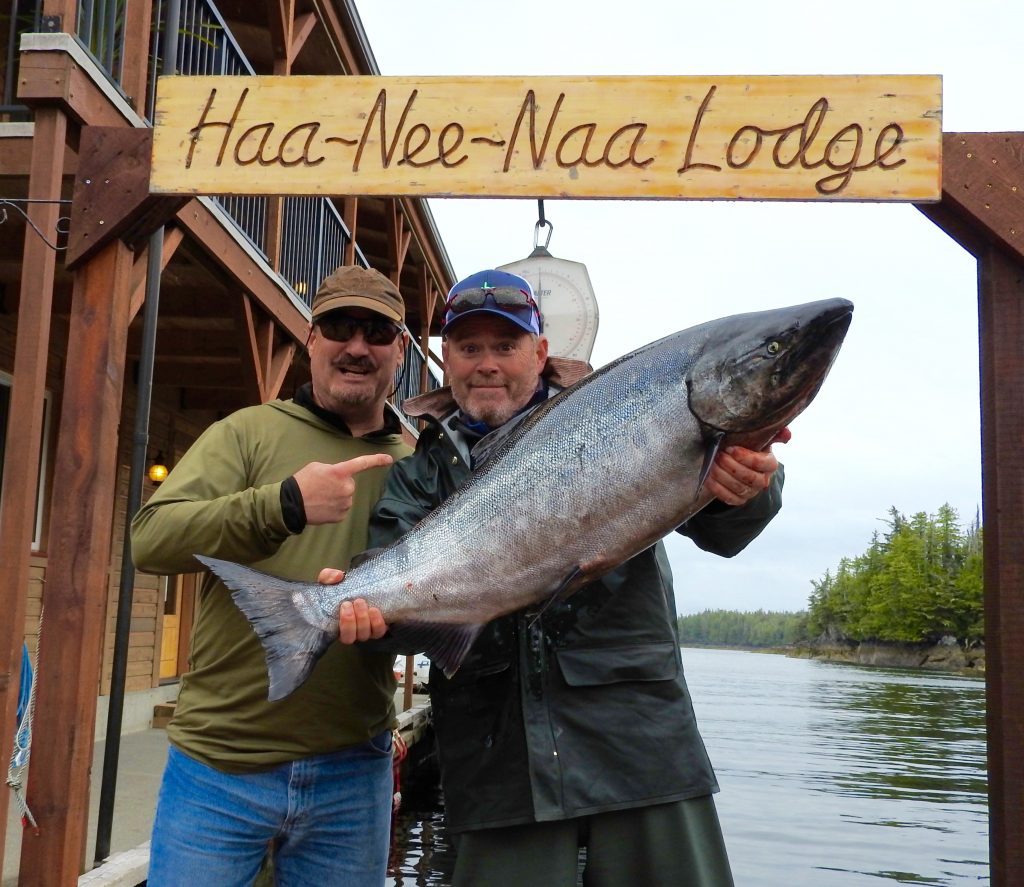 After 5 days of tough fishing, perhaps the highlight from that week was when the floatplanes could not make it to the lodge due to the 40-45 knot winds all afternoon and evening. For the first time in Lodge history the outbound guests had to stay overnight and the inbound guests got stuck for a night in Prince Rupert. So what do you do when you are stranded at Haa-Nee-Naa Lodge? Go fishing of course! The boats were loaded back up with guests and out everyone went for a bonus evening of fishing.

Hats-off to Jake Snorsky who had not landed a Chinook salmon during the trip, fate was on his side and during the bonus evening of fishing, the fish gods smiled down upon him and he was rewarded with his first Chinook of the trip! Good job Jake, perseverance pays off!

Our “One tide away from a great day” mantra proved itself to be true on trip #4. It always amazes me how quickly things change when it comes to salt water fishing. After missing the evening fish, the inbound group was rewarded the next morning by a large wave of hungry Chinook salmon. Everyone was into multiple fish and throughout the whole day pushes of Chinook salmon kept coming. Both the ebb and flood tide produced large numbers of fish. Everyone salmon fishing had no problem getting their limit and could be selective on which fish they decided to retain. 17-23lbs seemed to be the average size of fish caught with some larger ones mixed in. 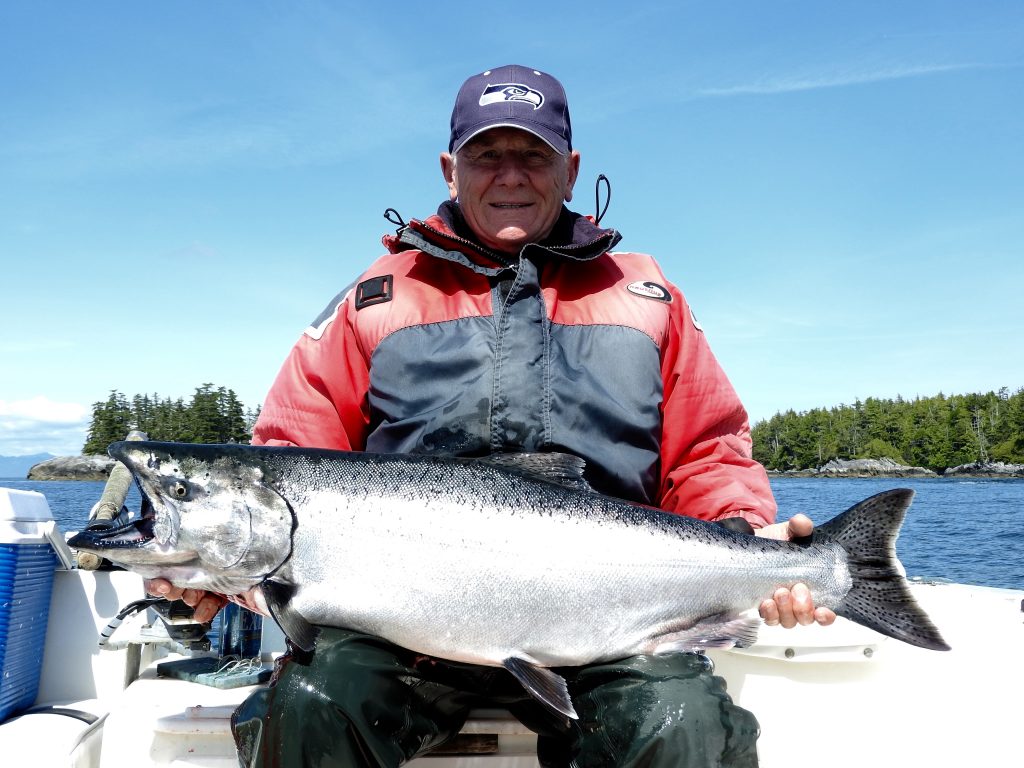 The atmosphere at the lodge was electric and everyone was eager to get back out on the water!

Fishing remained very consistent for the following groups of guests with plenty of feisty Chinook circling the waters around Dundas Island. Congratulations go out to Jeff Lewis who until a few days ago had the biggest fish of the season, a beautiful 39lb slab!  Dwayne took home 1st place in the derby this past weekend with a 31lb dandy! Good work Dwayne.

Coho have started to show up in decent numbers and everyday seem to be getting more abundant. We have started to run into the odd larger pod of fish when a school of herring or needlefish is near. This often results in a flurry of Coho action with double and triple hook-ups. These silver bullets make for a great battle and usually end up tangling one or more of your lines if you are not quick to get things under control! Their acrobatic nature and agility make them a blast to target. 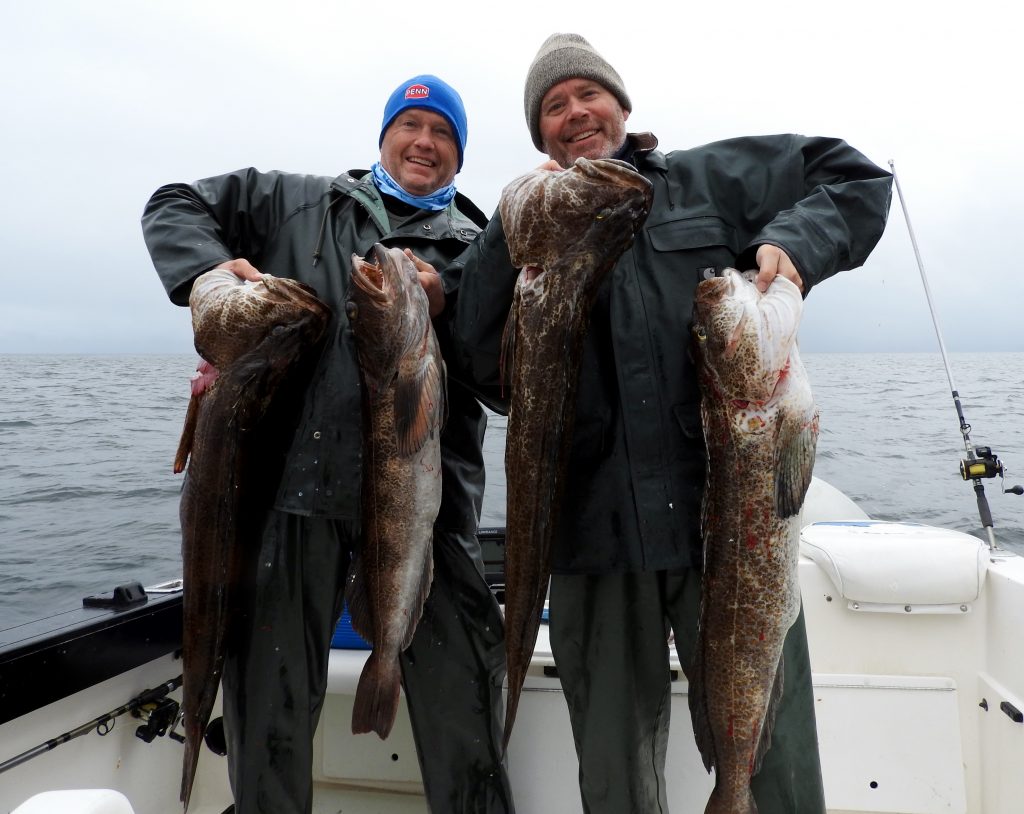 As always, bottom-fishing remains productive for those who wish to target cod and halibut. A few 50+ pound whoppers were caught this past week. Not exactly the easiest fish to bring up from 200+ feet…. Darn good eating though!