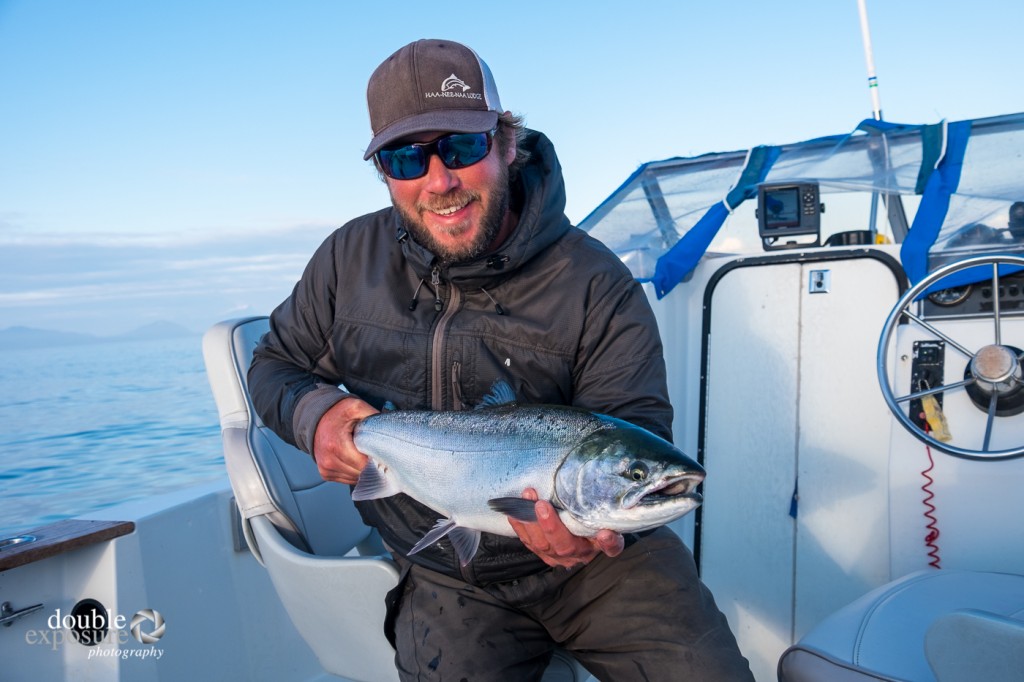 After a long stormy day on the water a pod of chrome coho finally showed up at the Gnarlies – just as the dinner bell rang.  The cold, wet afternoon was redeemed by a few hot coho at the 11th hour.  We headed back to the lodge with our heads held high – no longer minding that we were being pounded by marble sized raindrops.  Back at the dock as my fishing partners headed in for supper I couldn’t bring myself to take my gear off and head for shelter.  I needed more!

After a quick turn around I headed back out solo.  Dropping the anchor in the exact spot we had just left, the surface of the water in all directions came alive with fast and fierce swirling coho.  They were aggressive – tossing water in all directions with each swirl.  If you looked closely enough you could catch flashes of chrome as the coho devoured juvenile herring on the surface and quickly disappeared into the darkness of the depths below.  Tossing a gurgler from the bow, the coho were so aggressive that you could see their white mouths open as they rocketed toward the surface devouring the fly.  Cast after cast the increasingly tattered fly would disappear inside the mouth of a bright 8-11 pound coho as the fish turned, peeling off line well into my backing.
The current was unsettled and waffled from one direction to another.  With every change in direction the surface action would settle.  I would dash down to the stern where my wet line lay idle.  Casting in all directions with no hits I wondered, “where had they all gone?”.  Within minutes came an arm-pulling jerk from well below the surface and a frenzied coho cartwheeled into the raindrops trying to dislodge the hook.  It was time to run back to the bow and continue throwing the dry line, again hooking fish after fish.  After two hours of this routine and 20 plus coho to the boat, the tide swung and the current changed direction.  The pods of chrome bullets disappeared back into the depths.  Reeling up both fly lines I headed for home.
The stomachs of the 2 fish I harvested were completely empty – they were new arrivals to Dundas, showing up with empty bellies and voracious appetites.  Back at the lodge taking off my gear I felt more than satisfied and almost in disbelief at what I had just experienced!
These moments can happen to anglers frequently this time of the season and we all hope to be one of the lucky ones – in the right place at the right time. 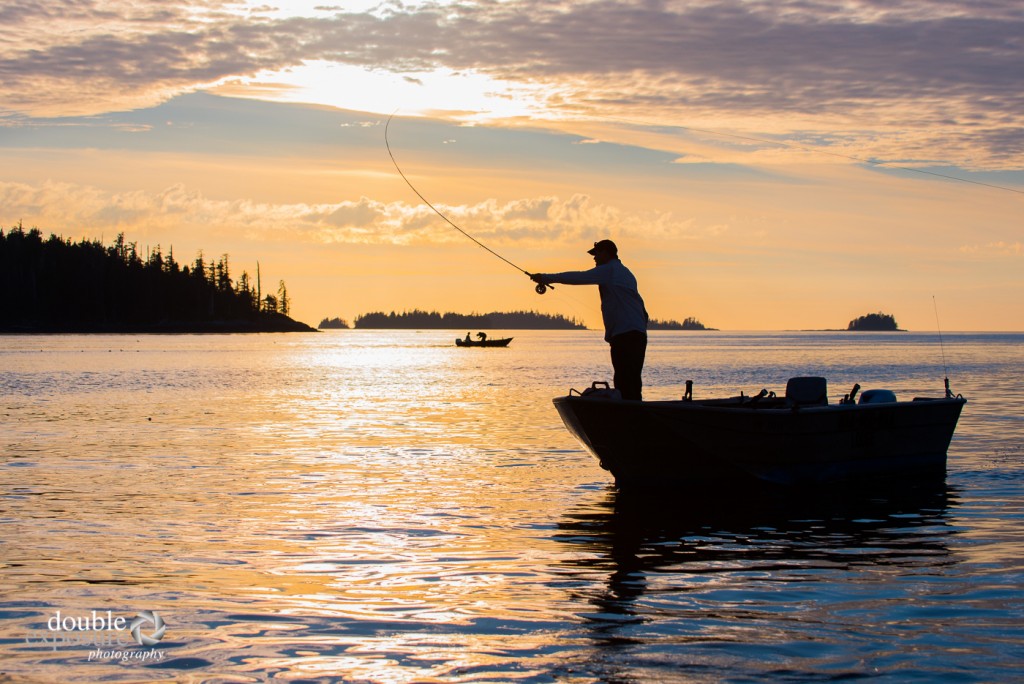 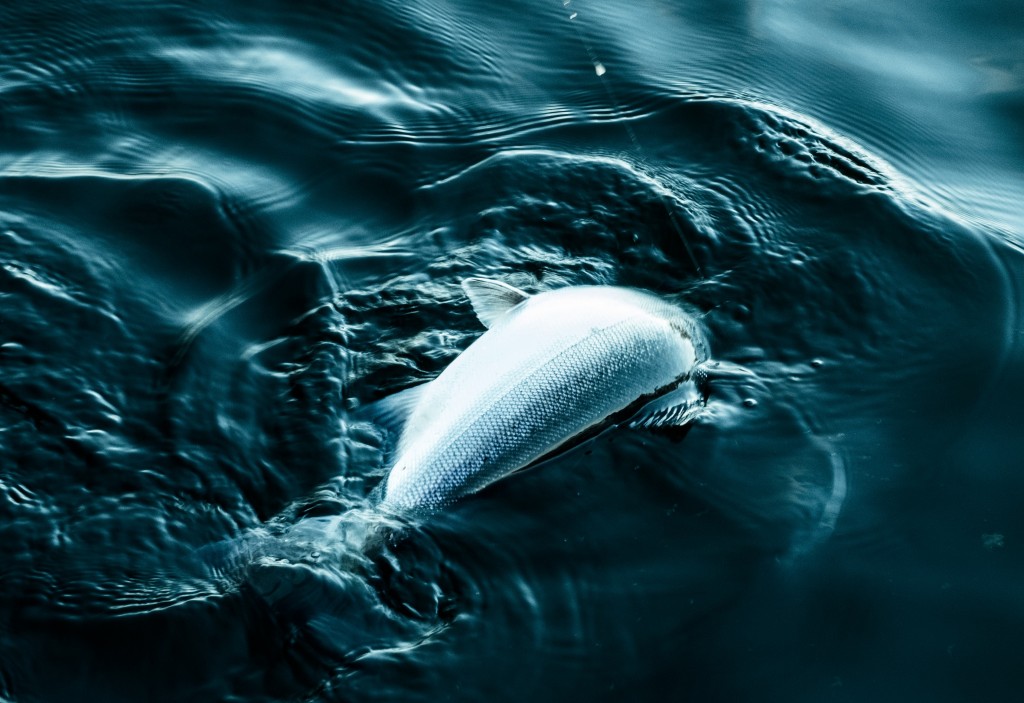 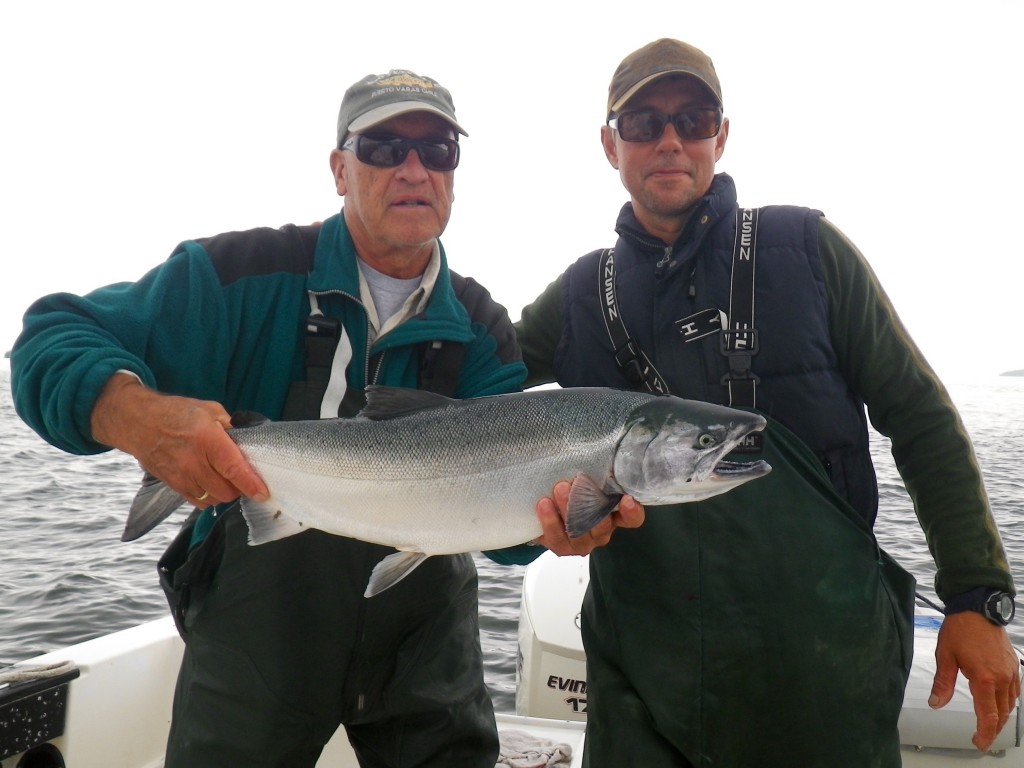 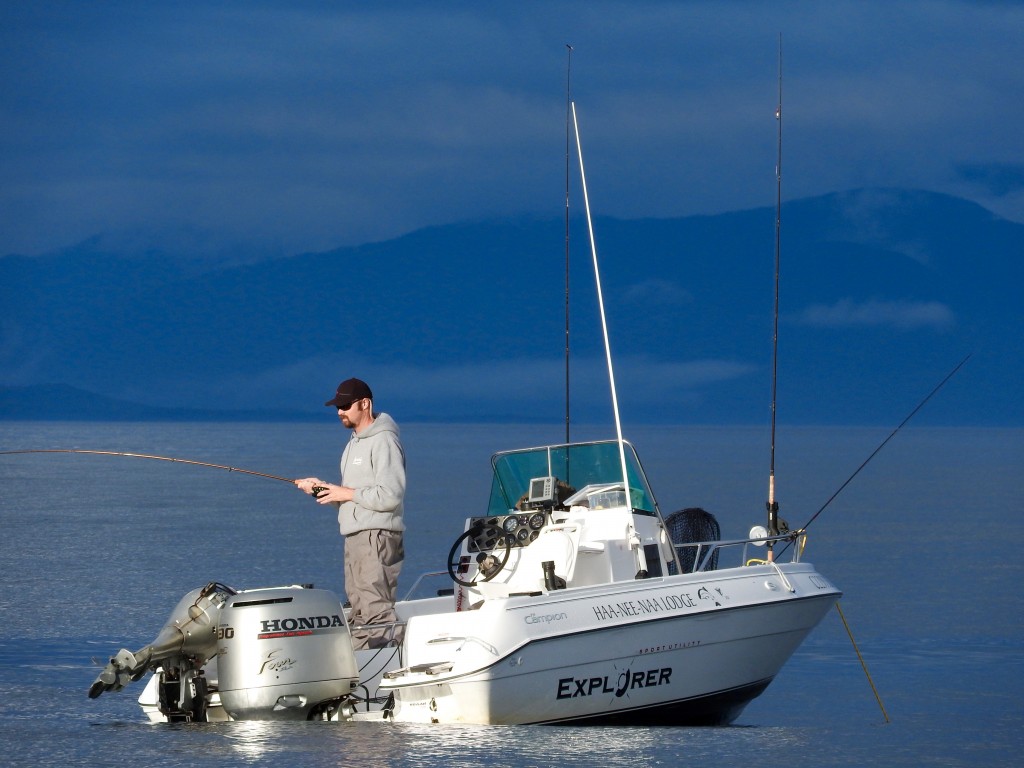