The Fishing at Haa-Nee-Naa Lodge 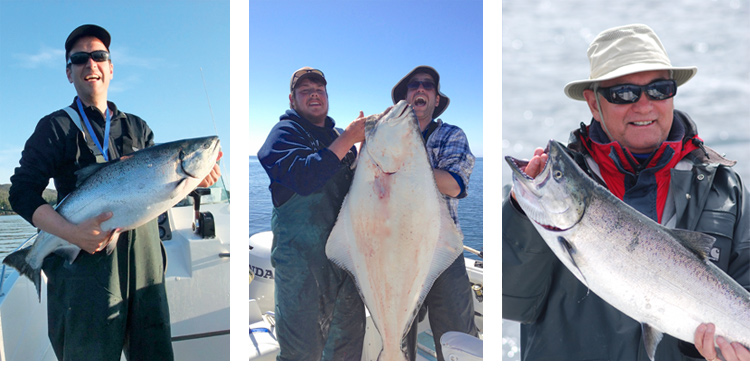 Situated on the British Columbia west coast, on Dundas Island, near Prince Rupert, Haa-Nee-Naa Lodge is on of BC’s premier salmon fishing lodges. Located between two of North America’s most productive salmon rivers, the Skeena and the Nass, Dundas Island sits directly on the migratory path of millions of Pacific salmon. Haa-Nee-Naa Lodge guests get the first crack at these fish as they make their way to local rivers and down the BC coast to their place of birth and spawning grounds.

We specialize in saltwater sport fishing for ocean bright salmon and a wide array of bottom fish. Most of the guests at our resort prefer salmon fishing with a chance of catching a trophy size Spring ( Chinook \ Tyee ) in the 30 pound and over class.

Large Northern Coho invade the waters later in the season and provide exciting action on light gear and fly rods for these bright bullets averaging 8 – 14 pounds.

Halibut are abundant in the calm protected waters. “Chicken” halibut in the 15 – 25 pound class make up the bulk of the catch but each year large “barn doors” get weighed in at the resort. Other species of bottom fish that can be targeted are lingcod, red snapper, and a variety of other rockfish that accumulate on the reefs that surround the island.